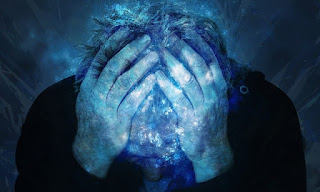 I am sitting across from a client. We have worked together over the last few years so I have been able to witness some significant and courageous transformations. He has been sober for over two years. Employed,  engaged in healthy habits and routines. As with all transformations, many deaths occur. He is divorced. He is working on establishing new, honest and authentic relationships with his adult children.  He is trying to do the same with his aging parents. He doesn’t even look like the same person who entered my office three years ago.  He is engaging with the world in an entirely different way.

I have been a witness to his tremendous acts of courage.  How was he able to make those changes and transformations?

Healing is never a straight line.   It is an evolution, a series of small imperceptible steps repeated so often, it becomes an unconscious habit. Big steps. in moral development terms, happen in progressive baby tiny steps.   Like Lao Tse’s famous quote, “A one thousand mile journey begins with one step,” big achievements happen in small repeated choices.

How did this client transform his life? What brought him the courage to take the one step and how does he continue to chose healing even when it feels lonely, painful and impossible?

That is the challenge.  Everyday.  Fear can’t win. You have to get out of your small box of what you know. Whatever that might be – debt, dis ease, disrespectful relationships, safe but unfulfilling jobs – there is a place in your life that you are tolerating, that is probably slowly eating away at the quality of your life.

If you are lucky, it is the small uncomfortable nagging space that feels like the pebble stuck in your shoe. If you are resourced, courageous, and well rehearsed, you deal with the discomfort.  Most of us, though, pretend like we are fine with the pebble, ignoring it, telling ourselves  life is full of compromises and this is one of them.  Most of us will ignore it until the pain is unbearable, the pebble has gouged a hole in our heal, infected and almost ready to take out our entire foot.

The transformed client in front of  me is the global metaphor.

What is your fear? What is the preoccupation that keeps you up at night? What are the small steps that you are willing to take to challenge that fear?

Think about the steps you can take. Small behaviours repeated over time. That is what transformation looks like.

And from here, it looks magnificent.