Skip to content
The opposite of addiction is not sobriety. It is human connection. Joahan Hari 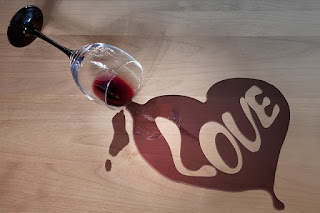 There is a classic study done on rats. They were in a sterile environment, and they were given the choice of either water or water mixed with cocaine. By the end of the study all of the mice became addicted to the cocaine.

This study informed drug interventions and policy until another study posited that there might be other factors at play. The new study placed the rats in a fertile environment called Rat Park. Rat Park was full of interesting things to rats: wheels, mazes, and other rats. At the end of the study, rats chose the water/cocaine 60% less often, and most importantly none of the rats became addicted.
The use of electronics via gaming, social media, communications is insidious. A 2010 study showed that children between the age of 8-18 spent, on average, 7 hours and 38 minutes a day on electronic devices. Although this included television watching, since 2010, children are watching less TV and a whole lot more Youtube and social media. A study of University students showed that students only focused on material for a maximum of six minutes at a time before changing their attention. The biggest distraction was Facebook. Studies on online gaming addictions indicate playing anything over 21 hours of online games a week is the addiction tipping point. That’s only three hours of gaming a day and I know a significant number elementary school students topping that number easily!

How can we apply the success of Rat Park to inform teaching and learning practices in the Age of Digital Distraction? What are the conditions required to frame schools so that they appear more like the fertile environment where children naturally choose to self-regulate
social media use?

Electronic game playing, social media and watching Youtube, all play into our evolutionary desire for reward. Those small pings of dopamine that accompany the pings on our phones that announce a text, a Facebook comment or success at an electronic game continuously shift the chemical composition in our bodies, We can easily become addicted to those small little pings of dopamine that reward our behaviour for looking at all of these distractions.
Our environment plays a role in the choices we make. This seems obvious, but when we think about social media and children we seem to put this fact aside.
Work output and results increase significantly when students eliminate all distractions and focused on one activity at a time. Creativity requires long hours of focused time; two to three hour windows of single focus.
What would it look like if we could create environments that allowed children and adolescence an opportunity to practice the slow burn required for creative output?
Part of the solution is certainly about providing practice with communication, connection and learning that does not require an electronic device. Part of the answer is to create elements of curriculum and school life where students are required to engage in ways outside of distraction culture.

For me, part of the solution is also about consciously and repeatedly bringing about the practice of physically engaging with others. Nothing does it better than play and movement. Some of the most powerful work I do is when I just play with students. When, for whatever reason, trust is lost in a classroom, I abandon my intended lesson plan, and I play. All of my small group self-regulation sessions with children incorporate high and low energy games where children practice modulating big and small feelings.

Find ways, big and small, but most importantly repeated, that bring connection, curiosity and engagement. Schools and homes will benefit with conscious efforts to embed this in their family and educational cultures.  I think there is enough research now that demonstrates we can combat addiction with curiosity and community.